A proposed German law would require dogs to get exercise twice a day. The dogs are likely to get more attention than the children. 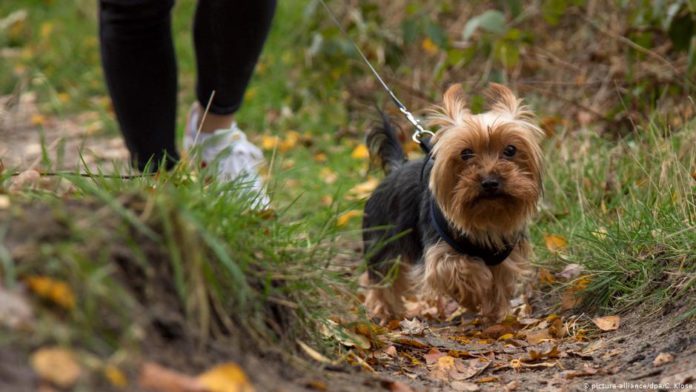 German pet parents may be facing penalties in the near future if their dogs aren’t getting all the exercise they need.

German Minister of Food and Agriculture, Julia Klöckner, recently proposed a new ordinance that would make it mandatory for dog owners to walk their dogs twice a day for a minimum of one hour each. Klöckner argues that too many dogs do without enough exercise, attention, and mental stimulation, making them more ornamental than a beloved member of a family ought to be.

“This is to ensure that dogs are given sufficient exercise and contact with environmental stimuli.

“Pets are not cuddly toys — their needs must be taken into account.”

Though Klöckner makes an excellent point – that dogs need proper care, including sufficient exercise – many owners are unhappy that they’re being told how long and how often they must exercise their dogs.

People on both sides of this situation make excellent points. Though many dog owners are responsible and aware that physical activity is important to the health of their dog, many others have no idea how much exercise their dog needs – or simply don’t care. Dogs languish in homes and on tethers in backyards, some living their entire lives without enough attention or exercise.

Exercise has significant benefits for dogs. Dogs who exercise regularly are less likely to experience obesity, heart disease, cancer, and painful joint issues. It also provides mental stimulation, which can keep your dog from becoming destructive, noisy, or depressed. The ordinance would make it truly criminal for owners to allow their dogs to suffer from a lack of exercise and attention.

There is also the question of enforcement. It’s unlikely that the government can keep tabs on every single walk every dog-owning citizen takes.

Berliner and Yorkshire Terrier owner Bärbel Kleid expressed her frustration to The Guardian:

“I find it patronizing to be told how long I should take my dog out for. And who is going to check up on me? Will the neighbor call the police if they suspect me of not taking Sam for long enough walks?”

Some believe that the law may be aimed at the country’s commercial dog breeders more than private owners, to ensure the health and wellbeing of dogs being bred for profit. Dogs born in puppy mills often receive no loving human interaction until they’re sold to an aware family. Some never feel grass beneath their feet.

A spokesman for the German Kennel Club (VDH), Udo Kopernik, hopes to reassure the people that the law would work within reason and is for the benefit of both dog and human.

“A rule for all dogs is probably well-meant, but unrealistic. Just like us humans, dogs are very different. There are dogs that need a lot more and some dogs that even get by with less. With very old dogs, it is enough to just lead them around the block twice a day.”

Although many are focusing their attention on the dog-walking aspect of the law, the new ordinance includes other provisions that the government hopes will improve the lives of dogs. The German government also hopes to ban showing dogs at competition that feature “tortured breeding characteristics.” This would exclude brachycephalic (snub-nosed) breeds like Pugs and French Bulldogs from dog shows, in hopes of discouraging people from breeding and buying dogs born with breathing problems.

The ordinance has yet to pass as law, so German citizens have time to voice their concerns to the representatives.

What do you think about the proposed law? Is mandatory exercise a good way to keep German dogs healthy – or is the government overstepping?

Study: Dogs Heart Rate Jumps When You Say “I Love You” To Them