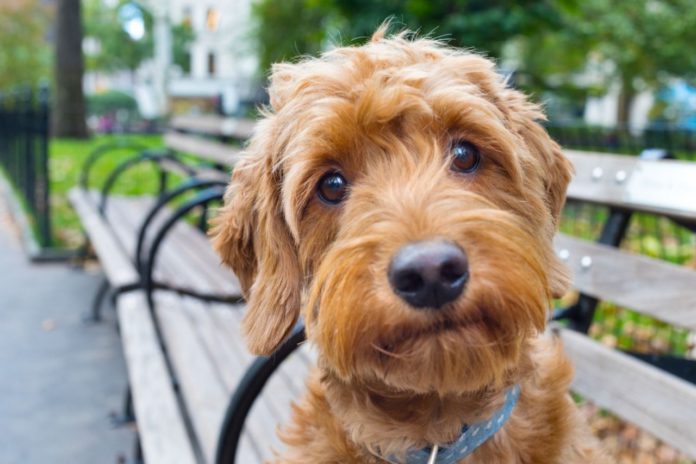 If you are looking for a dog that is hypoallergenic, has less shedding, and doesn’t require as much exercise then doodles may be the breed for you. These dogs were created by crossing other breeds with poodles to get their signature curly coat. But how did this cross-breed come about? Find out more in our guide!

What is a Doodle Breed?

The Doodle dog breed is a cross between the Labrador and Poodle. The first true mix was in 1980, Wally Conron used his knowledge to develop an allergy-free guide dog for a vision-impaired woman. He successfully crossed the Labradoodle with a Standard Poodle two years after starting 33 trials.

Over time, the Labradoodle became popular among buyers. But with popularity came overbreeding. This led to a difference between designer dogs and traditional breeds as dog sellers sought to capitalize on the trend which resulted in variations of many different doodle breeds such as Goldendoodles, Huskyshih Tzus, Pomskies,

Maintaining the DNA of two breeds took a lot of trial and error. The Doodle Dog could have come with a guarantee, even without knowing what genes they came from, but as Conron explains to The Sun “For every perfect one you find, there are going to be many crazy ones.”

Crossbreeding a poodle with other breeds, the first doodles were likely cockapoos. The Cocker Spaniel and Poodle became two popular breeds in the 1940s, so it was expected that there would be mating between these dogs. Records of cockapoos date to the 50s; they soon blended Yorkies (Yorkshire terriers) and Peekes (Pekingese).

It wasn’t until the 1980’s that an Australian breeding manager for the Royal Guide Dog Association, Wally Conron, bred a poodle with a Labrador Retriever and Poodle in search of a guide dog for a blind woman whose husband was allergic to dog hair. It took over 30 litters before he figured out the two breeds together would result in the right combination of traits.

Conron was successful with his crossbred dogs, but he eventually discovered that no one wanted them because they weren’t purebreds. Frustrated, Conron looked for an idea to make a splash in the dog world– and then he struck gold when he announced that his team had invented a new breed of dog: the Labradoodle.

Postulation for the origin of the term “Labradoodle” is hotly debated. In his 1955 book Into Water Barrier, Donald Campbell used the term to describe his own dog–a Labrador-poodle mix.

Doodle dogs became very popular among buyers, with their reputation preceding them. But when you take the genes of two different breeds, you risk not only losing the desirable traits for each breed but also inheriting health issues and undesirable traits. Let’s take a labradoodle as an example. Labradors are predisposed to hip dysplasia, PRA, Von Willebrand’s disease (a bleeding disorder), and Addison’s disease. That’s what happens when you mix breeds which each have genetic predispositions. If you do your research and are aware of the risks, it will be worth it.

Are All Doodles Hypoallergenic?

While doodles are often thought to be hypoallergenic because of their low shedding, studies have shown that they can still produce more of the allergens found in dog dander than other breeds. That’s why it’s important that you do your research ahead of time.

The truth of hypoallergenic dogs is that allergens from dander, saliva, and urine are unavoidable. In this way, some breeds may be more or less hypoallergenic than others; but no breed is completely void of allergens. Some dog breeds produce fewer allergens or shed less under certain conditions than others and some people have strong sensitivities to animals that cause them to suffer symptoms such as coughing, wheezing, fatigue, vomiting–yet there is never a 100% certainty of how severe the symptoms will be for every person faced with certain dogs.

For these reasons it is best not to make an assumption before adopting any new pet: you should always spend time around a new animal first in order to prevent allergic reactions.

What is the calmest doodle dog breed?

Although the various doodles aren’t recognized as true breeds right now, says Lord, a change could be on the way.

“Most breeds started as mixes with other breeds,” she explains, thus whether doodle breeds will ever be recognized depends on the goals of those breeding them. It will take experienced, reputable breeders who value consistency and clearly discernable traits.

Regardless of whether or not doodles are officially recognized doesn’t matter to many dog owners. The official breed status of doodles won’t stop them from being a common beloved member of the family.

Why do dogs eat grass?